HOW THE BUNKER DRY SYSTEM WORKS 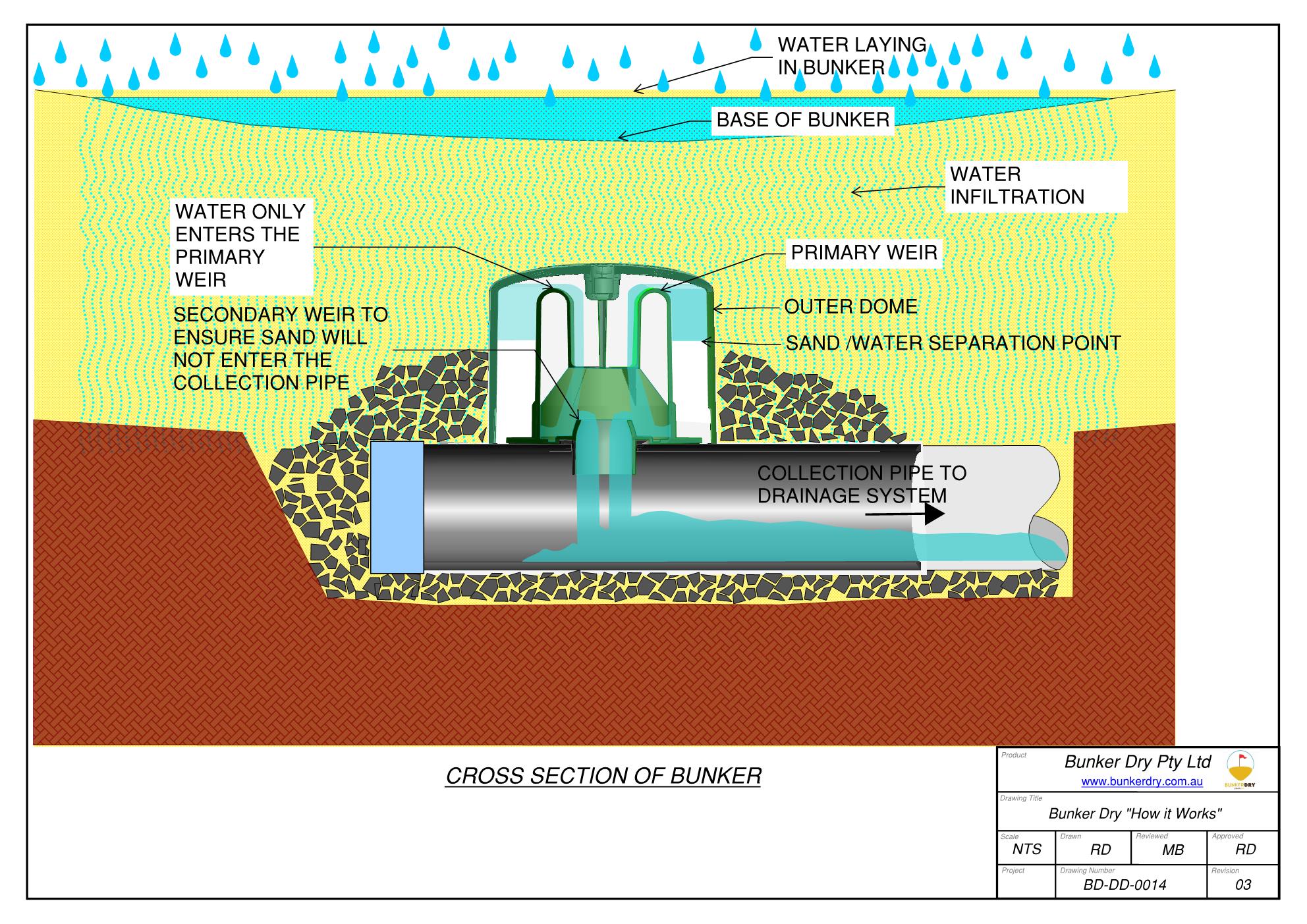 The device simply acts as a covered drain or more correctly a hydrostatic weir. The term used describes the function as follows:

Water flows freely through sand. The rate of flow depends on the on the type of sand and the depth. The Bunker Dry device is designed to be installed between 125mm and 200mm below the surface of the sand (bunker). It can be deeper if required. This depth allows the device to perform as follows:

We have vast experience in drainage systems and can consult with you to recommend the best solution.

First of all, it is important to conduct a survey of the bunker to determine where the lowest point/s are. If the bunker is greater than 60m2 and has more than one (1) low point, it is recommended that two (2) Bunker Dry units are installed.

Having determined the low point/s, it is a simple task of excavating the bunker sand and exposing the base of the bunker. The ideal depth of the Bunker Dry unit from the very top of the dome to the surface of the bunker is between 12mm & 200mm. This can be more, up to 300mm but no less than 125mm. Less than 125mm will reduce the amount of sand required to protect the unit from damage either by grooming equipment or by Golfers.

If the bunker has a drainage system installed, the Bunker Dry can be piped direct to the system providing it is in good working order, eg: flows freely and drains away to a point below the base of the bunker. Ideally the pipe should be a minimum Ø90mm solid wall or corrugated with infiltration slots. If it is an existing sub-soil line, it is important to wrap the pipe in a geotextile or stocking to limit the fines which wash into the system.

If there is no existing sub-soil drainage system in the bunker, the Bunker Dry will require a new pipeline to drain away the water collected. As per an existing drainage system, the new system will need to be installed at the base of the bunker and grade away to a discharge area below the base. This pipe can be solid of corrugated with infiltration slots and we recommend a minimum size of Ø100mm and laid at a grade not less than 1:100 or 1%. 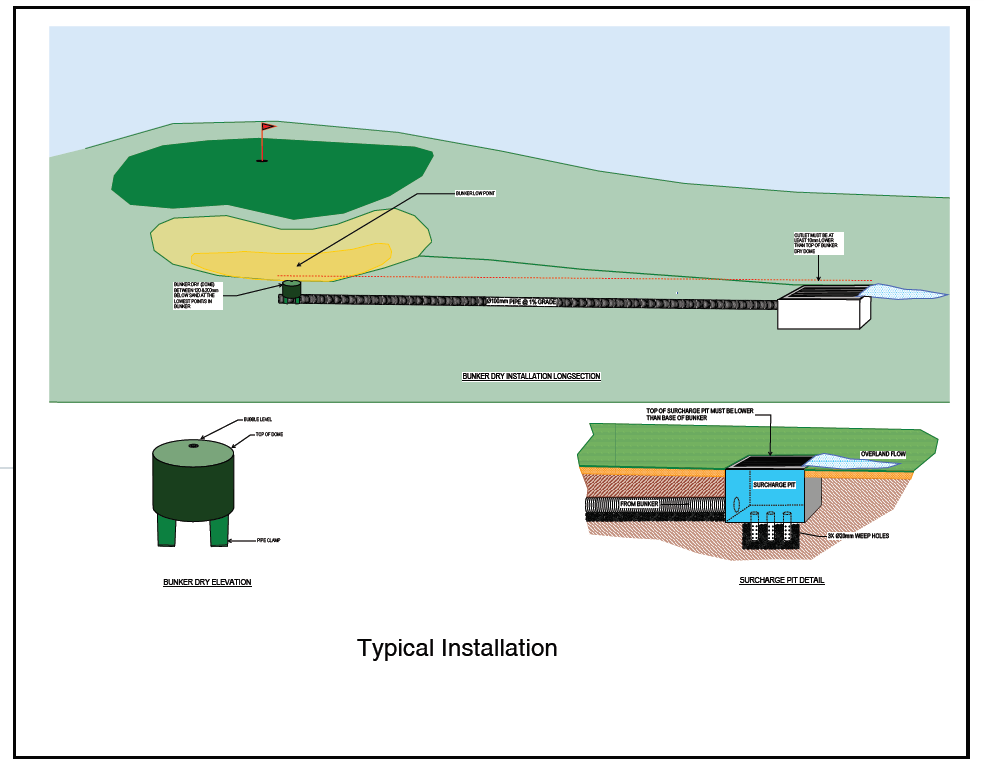